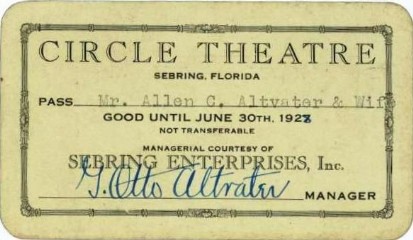 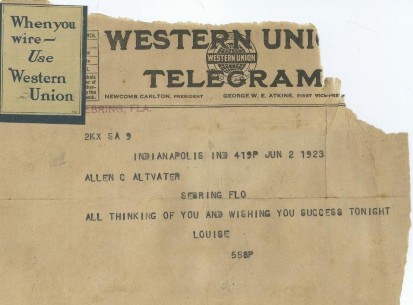 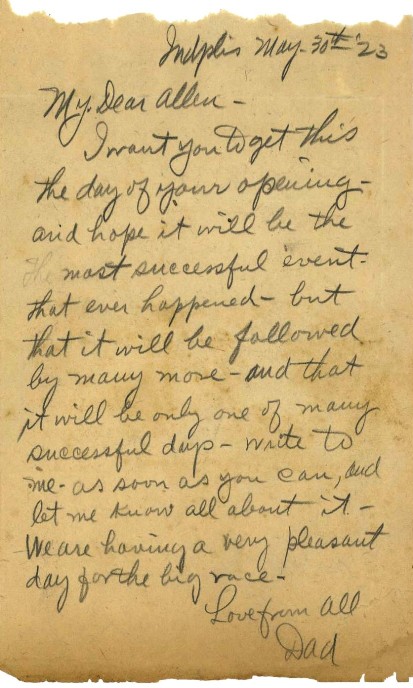 FROM A 1986 LETTER TO MY INDIANAPOLIS COUSINS
by Allen C. Altvater

Having worked for Paul Vinson on Kenilworth Lodge, as a plumber’s helper, I was more than willing to take a job with him because he had plenty of work in Sebring, Avon Park and Lake Stearns.

Paul was an astute businessman and he was landing all the good jobs - the Nancesowee Hotel, Buckeye Block, Haines Building, Jacaranda Hotel (in Avon Park) et.al., so I was thrilled when he offered me a “deal.” In all the flurry of bidding, planning, financing and buying, he had little time for the work on the jobs and, in the three years of association with him, I had acquired enough ability to carry on the work (with three helpers) as he laid it out. So, he proposed that he would take me on as a “partner”, with him doing all the business and I would manage the working end. For this, I would receive 25% of the profits and he 75%. Since I would have no investment, I had nothing to lose. On the other hand, Paul had built up a profitable business and was investing heavily in Sebring property.

You may believe that I accepted the deal with aclarity. We set a period of six weeks in which to draw up agreements, take inventory and set the wheels in motion, but before all this could be done, Mr. Vinson offered another “deal”.

He had bought a piece of property on the Circle and was building a structure to house a movie theatre. He offered a partnership in the profits - he to provide the building and I to furnish the seating and projection equipment. This, I found, I could readily fund at a cost of $2,500 to $3,000 and went into the proposition with all four feet.

The equipment arrived and I got busy installing it but, about two weeks before the opening date, Mr.Vinson gave me another valuable lesson in business management - get it in writing FIRST - don’t trust any oral arrangements. Paul had changed his mind. He didn’t want any part of the movie business but would rent the building at a figure which would not appeal to any man who didn’t have more than $2,500 worth of equipment already installed and paid for.

Shortly after I opened the Circle Theatre in July of 1923, I conceived the idea of a direct-by-mail advertising program for the movie offerings but, when I got prices for printing, the plan lost some of its attractiveness.

No matter how hard I try, I cannot recall how I heard about the “Multigraph”, but I do remember when it was delivered and demonstrated. It was just what I needed to print a weekly flyer.    See Papa's Multigraph. 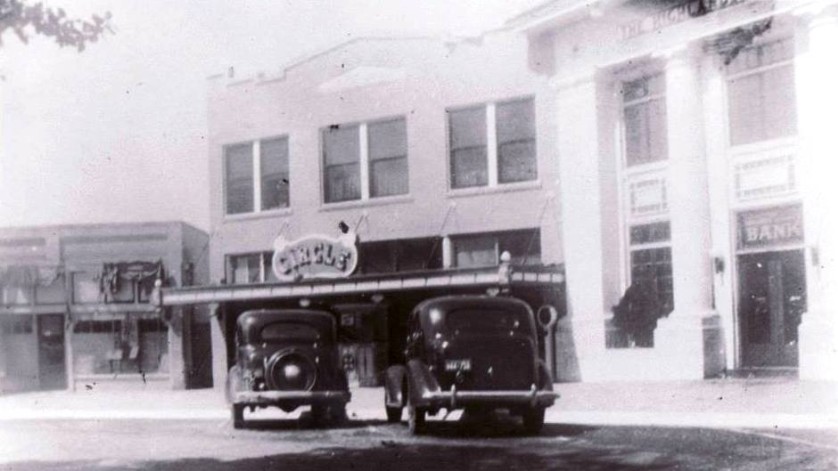 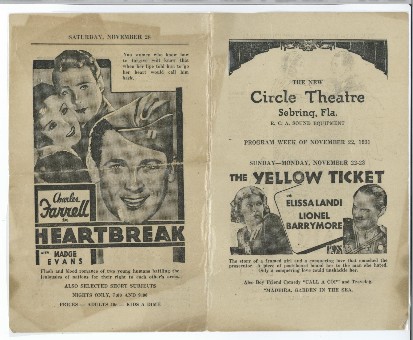 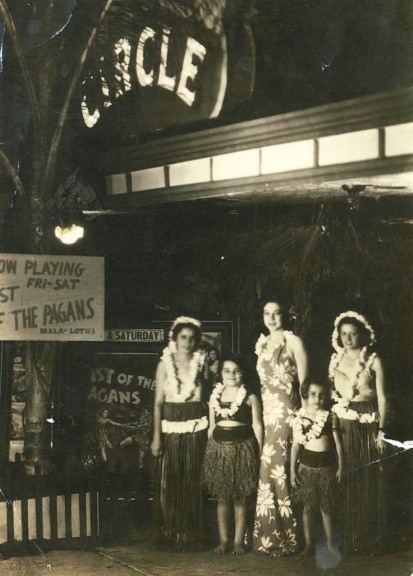