When it was proposed to hold a sports car race on the airport property, those interested in the area and its development as a commercial district had no illusions that the race would have any direct benefits in that direction.  There were two reasons why the airport administration favored and recommended its use as a raceway.

1)  The people of Sebring had not demonstrated any significant interest in the property as an industrial park.  It was too far from town for folks to visit and realize the potentials.  By offering something that would induce the citizens to look at the property, perhaps they could generate some interest.

2)  The head of one of the principal tenants on the field (the American Industrial Sales Co.) had talked to those who were promoting the race and he enjoyed their company.  The men who wanted to run a “road race” on the airport were all men of wealth, and the airport tenant urged everyone to consider the advantages that a race would bring to the community.

Of course, since none of the local gentry had ever had any experience in this type of activity, none could imagine anything but the most benign effects.  And, except for a disappointing financial outcome, the first event did not dampen the expectations.  It was a short race - six hours.  The crowd of only a couple thousand was composed mostly of local spectators and was easily managed and was very orderly.

The volunteer firemen took charge of all preparations and maintained control during the day.  As there were no fences, they set up a patrol of men on horseback and in jeeps to prevent people and animals from straying onto the track.  There were no arrivals before the day of the race and everyone left when it concluded, so the entire event was a one-day affair.  It was well handled and left few “bad tastes.”  The contestants and their friends filled the hotels and restaurants a couple days before and after the race, so the people of town saw a beneficial effect that encouraged the idea of making the race an annual event.

No construction was necessary by way of pits for the racers or seats for the spectators, and the firemen did such an admirable job of management that the airport had little damage or expense.  Even the after effects were minimal.  Since it was only a six-hour event, there was no camping the night before; no lunches; beer or other accommodations during the day, and no special toilet facilities.  EVERYONE WAS HAPPY.

The second race was different, however.  As it was set up to be twelve hours long, arrangements would have to be made.  The layout of the track was changed; concessions were granted for the sale of food, camera film, souvenirs, beer, and other needs.  Since the course was lengthened, additional flagmen and guards were put into service and it became very apparent that there would be demands for more adequate fire and health protection, and for more toilet facilities.  The day started out beautifully but, before the starting gun, a cold front moved in and rain fell in torrents.  The workers on the field were purely miserable as they could not leave their posts to get dry and warm clothes, even though the rain stopped.  There were not enough workers to relieve them.  And the finances were again a disaster, so the race came very close to being the last one.

And, from the day the race became a twelve-hour affair, the airport took a beating on every occasion.  It started with the failure of the pavement on a curve.  Every passing car broke off another piece so that the race officials changed the route of the course and left holes for the airport to repair.

The race “borrowed” fire extinguishers from all the buildings for standby use in the pits and more than half of them left with the racers.  This occurred only one year and the lesson learned was probably worth the loss.

As the race got wider publicity and drew larger crowds, the burden on the airport increased.  There was no way in which it could recoup its losses.  The firemen were in charge except for the aviation and utilities operations.  They granted concessions to the V.F.W., the Eastern Stars, the Lion Club, and all other organizations which earned hundreds of dollars each year but paid the airport no rent or fees.  The race management charged fees for admission, for parking, for seats, for pit privileges, for advertising, and many other materials and services, but the airport had no way to collect for space, water, electricity, damage to streets and buildings or any other expenses.  The race had become an affair that belonged to the organizations in town, without recourse.  The power of the race committee and those connected with the race became so great that they built pits, bridges, and fences.  They made any and all arrangements (after the first year or two) without so much as a request for permission or even approval.

One aim had been accomplished - the people of Sebring took an interest in the airport (for one day a year at least).

The day following each race, however, the interest left with the crowd.  For the first ten races, the removal of trash left by the spectators was the responsibility and expense of the airport.  There was always plenty of volunteer help to stage a parade, a fancy pre-race ball, to flag the corners at the race, to man the concessions, etc., but no volunteers or money to clean up after the race.

As the annual affair gained popularity and became a three-day event, patrons began to come early and to camp out on the property.  Then the real trouble began.  It was considered the duty of the race administration to provide police protection on the day of the race but, before and after was “open house.”  After some of the businesses on the field suffered some severe losses by thieves, the firms put on watchmen for the duration.  But the airport could not afford enough guards to prevent vandalism.  The campers broke into city buildings (such as the water plant, storage buildings, offices, etc.) and took anything of value or scattered maps, papers, and records, and used buildings as bathrooms.  To supply fuel for campfires, doors, siding and other wood parts of buildings were removed.  In one case, several visitors moved into a vacant building and built an open fire on the wooden floor.  (see photos)

All of the troubles could not be charged to the visitors.  On one occasion, a concessionaire complained to the race committee about his water supply.  The fire chief knew everything about correcting his problem, so he opened a fire hydrant and let it run a while.  When he spun it closed, he blew out joints in the main in six different places.  The airport crew worked around the clock for 48 hours to restore water service to the housing area.

The second reason for recommending the use of the field as a raceway was also accomplished.  The company executive who relished being seen hobnobbing with the wealthy sports car racers got his wish.  The firemen would have taken a $2,000 loss in each of the first two years except that he made up the shortages.  As a result, the racers made him an officer of their club, and the firemen noted him an honorary membership in their volunteer organization.  SO, HE WAS HAPPY.

But the race was not something on the asset side of the airport ledger. 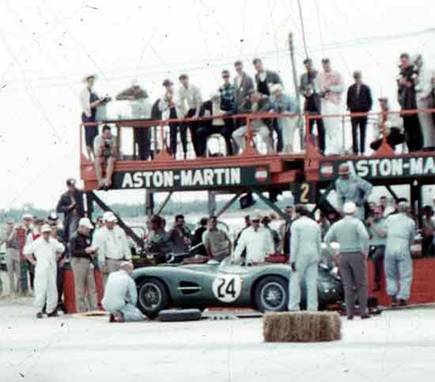 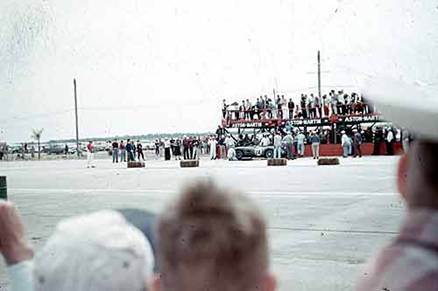 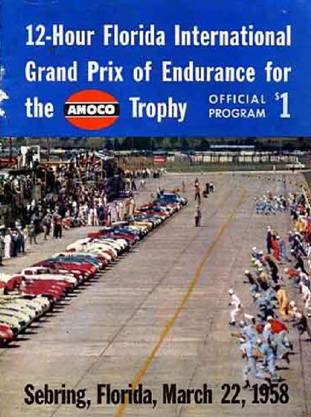