Shortly after I opened the Circle Theatre in July of 1923, I conceived the idea of a direct-by-mail advertising program for the movie offerings but, when I got prices for printing, the plan lost some of its attractiveness.

No matter how hard I try, I cannot recall how I heard about the “Multigraph”, but I do remember when it was delivered and demonstrated. It was just what I needed to print a weekly flyer which had eight pages, 5 1/2" by 8 1/2", that could be mailed for one cent each. In this manner, we got the programs delivered with our clients’ mail.

Now, the Multigraph needs some description. It was a ruggedly built little machine having a cylindrical drum, six inches in diameter. The face of the drum was a series of slots into which type was inserted and locked into place. The type was selected piece by piece from cases of type. The type came in any number of size and “faces”. One such type face was that of typewriter (either elite or pica) and to make an impression with this face, a ribbon similar to a typewriter ribbon was used so that the result looked like a typed letter with the periods and commas showing through on the reverse side of the page. For broader face type, regular printers’ ink was used.

It was a marvelous little machine, and as I now recall, cost in the neighborhood of some $300 which, in 1923, was a considerable sum and made a big dent in the budget - - but it was well worth the investment.

As the movie business was essentially an after-dark occupation, I had plenty of time for other pursuits, one of which was to print a weekly bulletin for the church and for other organizations. The folks who bought the theatre in 1925 did not want to be bothered with getting out this type of advertising, so there was no problem of taking the equipment when I moved out and, as I enjoyed playing at being a printer, I continued printing church bulletins, special letters, and circulars for the Chamber of Commerce and the Fire Department. I even made an enemy of one of the newspapers by printing report forms for the City because I did the work for free, for which they would have been paid.

My little Multigraph got national attention on one occasion. Harry K. Brown came to Sebring as a retired professor of chemistry in a eastern college and he prepared a study, in depth, of the chemistry of fires. This brochure of possibly 50 pages, caught the attention of the National Board of Fire Underwriters and they wrote a very favorable review of it in their house organ. Immediately, we were swamped with requests from all over the United States from fire departments, libraries and colleges, for copies. We felt so flattered that we tried to fill all orders at no cost to the receivers. Such a good job was done that one day when we tried to fill a request it was suddenly realized that every last one had been sent out and we didn’t even have a copy for our own files.

It requires quite a long explanation to tell how I made a very significant profit on a small job of printing on the Multigraph, During the Boom of the 1920's, one of the town’s “boomers” was a man by the name of R.J.Brewton who was essentially an oil promoter. I will not attempt to judge whether he was a faker or a big-time operator. Many promoters who were worth hundreds of thousands of dollars, often found themselves short on everyday spending money and this was Mr. Brewton’s condition when it came time to pay me for less than a hundred dollars worth of printing directed toward the oil business (Well drilling) in Highlands County. So, he made me a proposition - - he would transfer to me oil leases worth twice my bill, in lieu of cash.

Realizing that I wouldn’t get any cash anyway, and that 50% of my bill was for labor, I felt that I had nothing to lose so I accepted his offer and tucked the leases away in the file and forgot all about them. But, believe it or not, a sizable section of people in Sebring had made a more than fair profit in gambling on land deals so they put real money into Mr. Brewton’s schemes. At one time, it was stated that every foot of land in Highlands County was under lease for oil.

Possibly a year after I did Mr. Brewton’s little print job, I remembered the leases I had in the file and when I mentioned them to an acquaintance, he offered me four times their original face value. I took his offer. I have often wondered whether I should credit the eightfold profit to oil manipulation or to my little Multigraph.

As I left the payroll of the City of Sebring and joined the Civilian Conservation Corps, the little Multigraph went along. The first stop was a camp in North Florida on the shore of the Suwannee River. There, I taught some of the enrolled personnel how to set the type and operate the press. In their evenings and weekends, they got a real bang in publishing a camp newspaper dubbed “Suwannee Ripples.” (I, as well as some of those men, still get a thrill reading those 53 year old papers.)

Back to Sebring and a Park Camp of the CCC and another camp newspaper as well as a Bulletin which related the progress of work on the park project. This was titled “The Park Ranger” and was well received until it was a victim of World War II.

After the war came employment at the Sebring Air Terminal. I had wanted to establish a column in the local newspaper, telling of the various business ventures on the airport property, but the manager of the paper felt that this would amount to advertising their businesses and he stated that, as advertising, a charge should be made for it. So, out of the mothballs came the Multigraph. This time, the monthly house-organ was called “Terminal Take Offs” and was sent out by mail to a list of several hundred.

This brought us up to the early 1960’s when the reunion marking the 50th anniversary of the founding of Sebring sparked an interest in the history of the community and the formation of the Sebring Historical Society.

Beginning with the issue of April 1969 and continuing through April 1984, The Society issued a quarterly Bulletin for a total of 1222 Pages. These were sent out by mail to members and others who had an interest. They were printed on the Multigraph until July 1984 but since then have been printed by a commercial press. In the same period of time, nineteen brochures and books have been printed on the Multigraph. These ranged from 60 to 420 pages each.

There is no possible way of computing how many million impressions this little hand-driven, hand-fed machine has turned out in the 64 years of service. Like its owner, it is showing some definite signs of age and, like its owner, it is inefficient and an antique, but it is still willing and able. However, it is not likely to see much more service because more modern equipment will produce many times more and better results with infinitely less effort and no apprentices have shown an interest in learning its operation.

So, although there are still many years of service left in this sturdy press, it will probably be retired - - and it has certainly earned a generous pension! 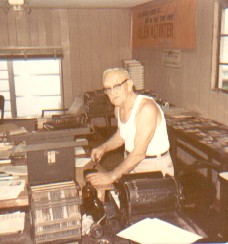 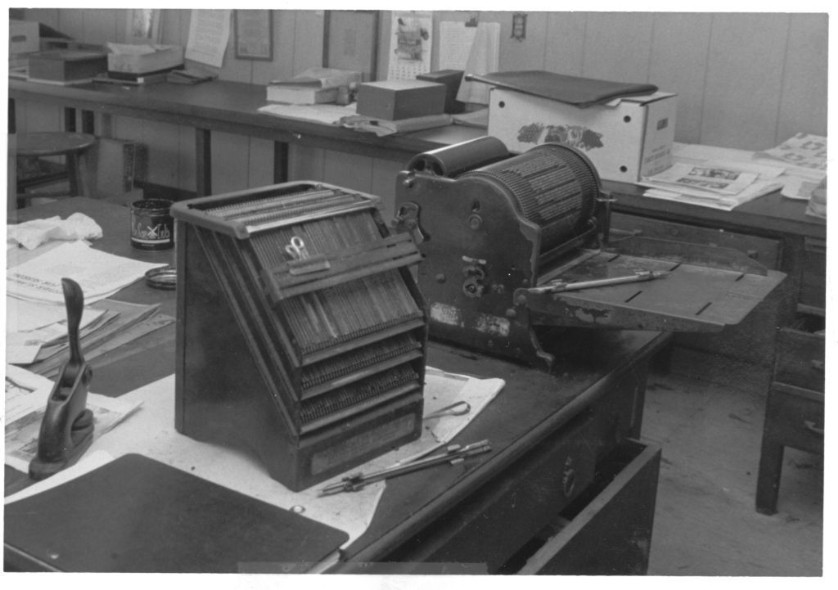